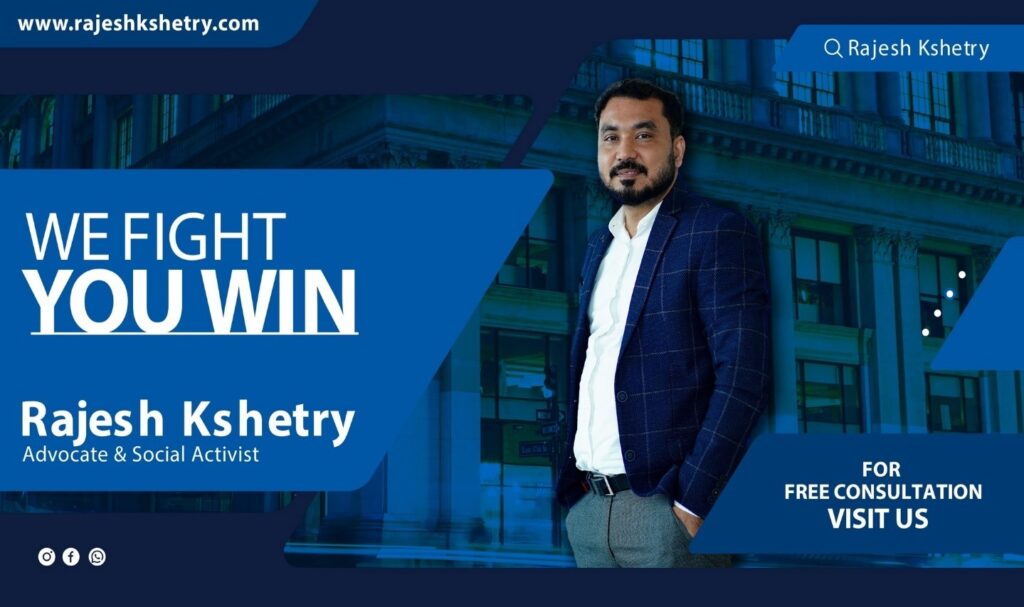 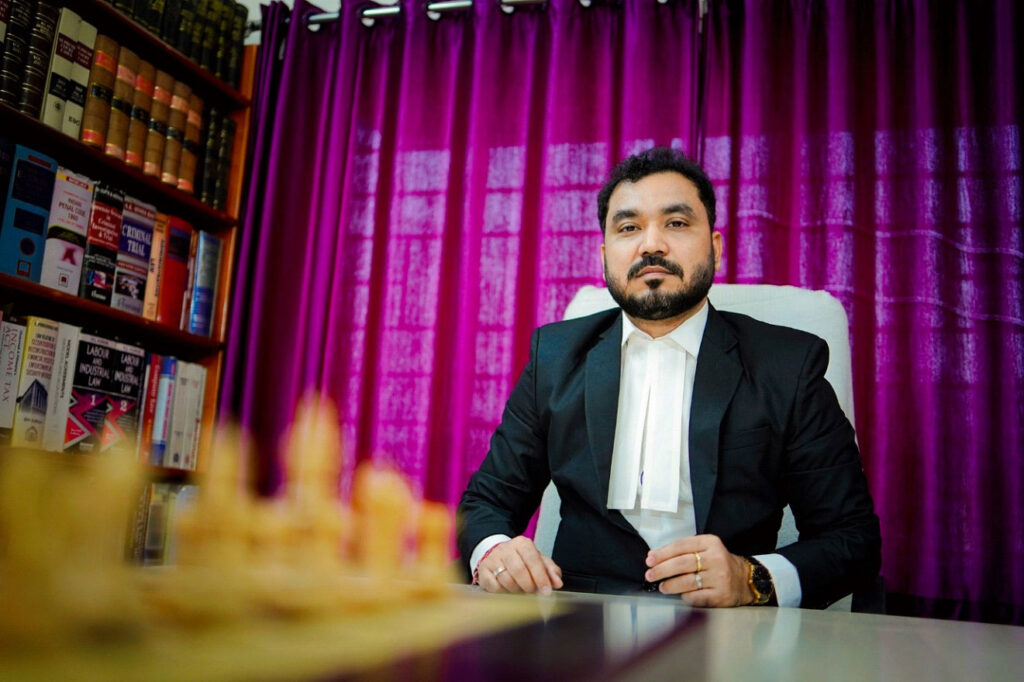 Advocate Rajesh Kshetry is an inspiration for the people of Shantipur, Nadia. He is the Best Advocate in Kolkata providing legal services and solutions to his clients across the state. He has started his legal career individually in 2009 by forming his own Consultancy Firm, namely, M/s Kshetry And Associates, though has been in this field for almost last 17 years.

Born on 27th August 1985 and a perfectionist by nature, in an age of just 35 he owns 2 (two) Law firms in India which is popularly known as Kshetry And Associates & Shaine Lex Advisors LLP. Apart from that, he is associated with various other companies such as Stepsworth Estates Private Limited (a Real Estate Company), Riddesh Productions Private Limited (a Production House), Innerwork Advisors LLP, Police News Press (A News House), apart from others, as Legal Advisor.

He serves all his clients, including individuals and companies in various types of matters, such as, Civil Matters, Land related Litigations, Constitutional Law, Government Matters, Money laundering cases, Real Estate cases and Criminal Cases, Company Matters, Cyber Matters, and etc. sincerely and to the best of his ability.

He was an obedient student throughout in his school life earlier in Bholananda Ashram, Upendra Vidya Bhawan and later in Bapuji Vidya Bhawan, and completed his graduation in Law from Vinoba Bhave University, Hazaribag. He is known to be the Best Advocate in Kolkata.

As a Human Being, he is a kind-hearted person who loves to help living beings in any manner. He has a separate emotional corner for street dogs. He is an explorer and a perfectionist workaholic person and the Best Advocate in Kolkata 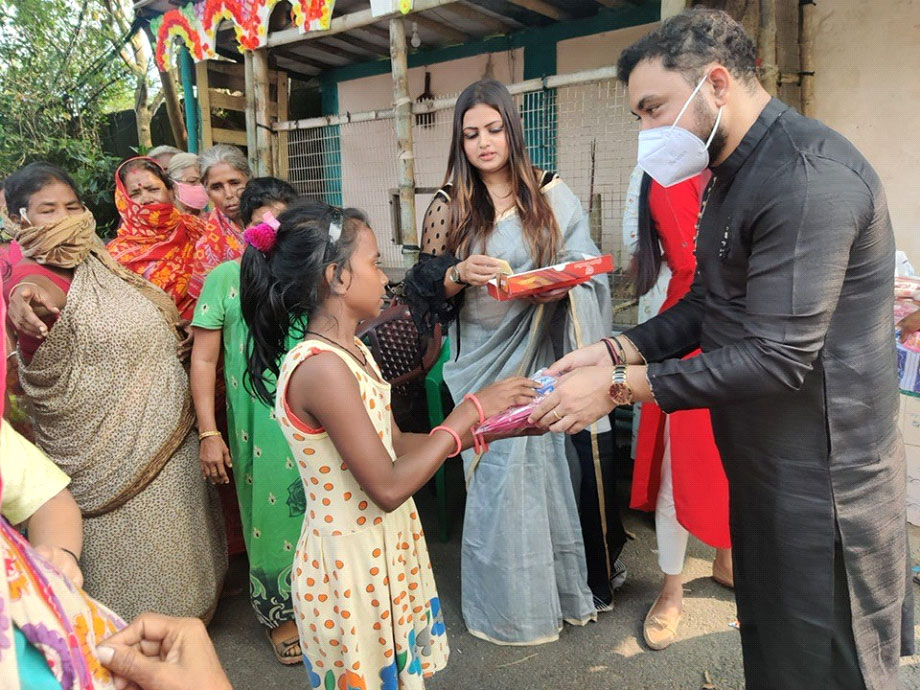 For the past 2 years, Covid 19 had destroyed many people in various ways, there Mr. Rajesh Kshetry understood their pain and situation, he had organized Dry Food Donation, Water Donation, Meal sponsors, Biryani sponsors, clothes donations, not only for men-women & Children but for street animals too.
Except that, many awareness videos to make people aware of the fundamental rights and basic information. 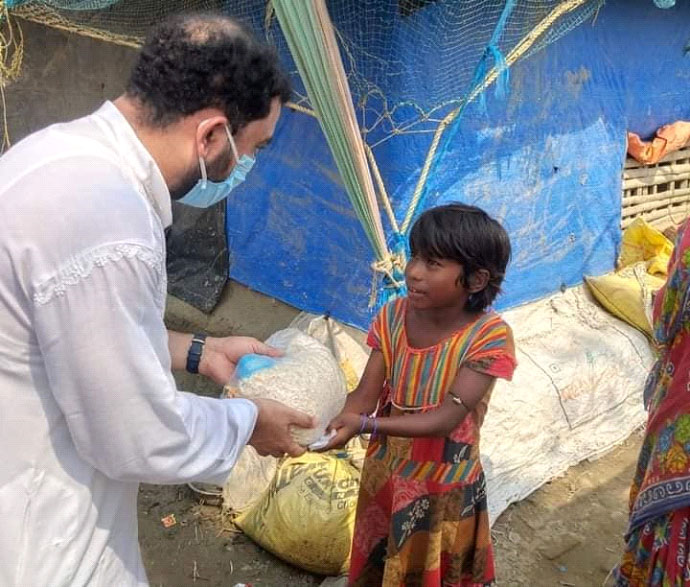 A medical Mobile van where we can provide free basic treatment to needy people.

In collaboration with Bidhannagar Police - to spread awareness of traffic rules 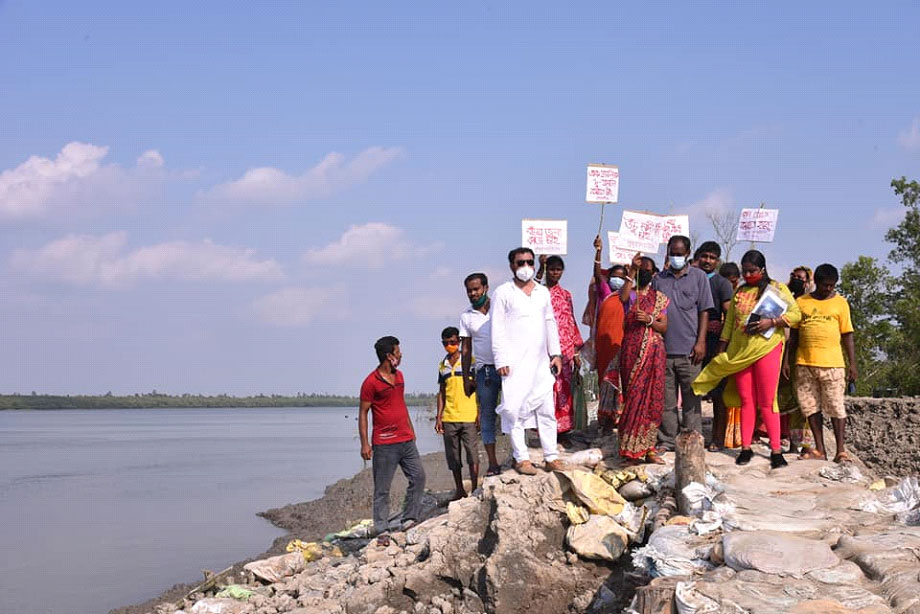 Mr. Kshetry always working for the upliftment of society. He is there at any point of time to provide any kind of help to the needy people which is not limited to food and clothes only but also any kind of legal advisory and other helps

There are many volunteers we have, but according to us helping people is more important than publicity. This is why there are many works which may be no one knows to expect us.

He has a good understanding with various departments and works for the welfare of the poor people in distress. He has a unique style of arguing his cases. He has larger than-life persona about him that commands attention. He is a very persuasive person, has vast knowledge on law and legal intricacies. His plans for future makes him the the Best Advocate in Kolkata.

Rajesh Kshetry’s intellectual comprehension of the facts and law is accurate. He has the confidence to formulate a proposition that cannot go wrong or can be faulted. He knows the art of putting the point across with such force and conviction, that it usually sways the judges.

He thinks that if an individual lawyer wants to be the Best Advocate in Kolkata, then the person must have the ability and desire to read each case thoroughly and regulate with dedication and concentration. One must always keep their mind clear with fresh ideas. He emphasizes and believes that hard work is the main content to be a good lawyer.
Among, all his works, he has done wide spread services by standing beside the common people at all hours to ensure safety, protection and guide them into the right path in legal matters. 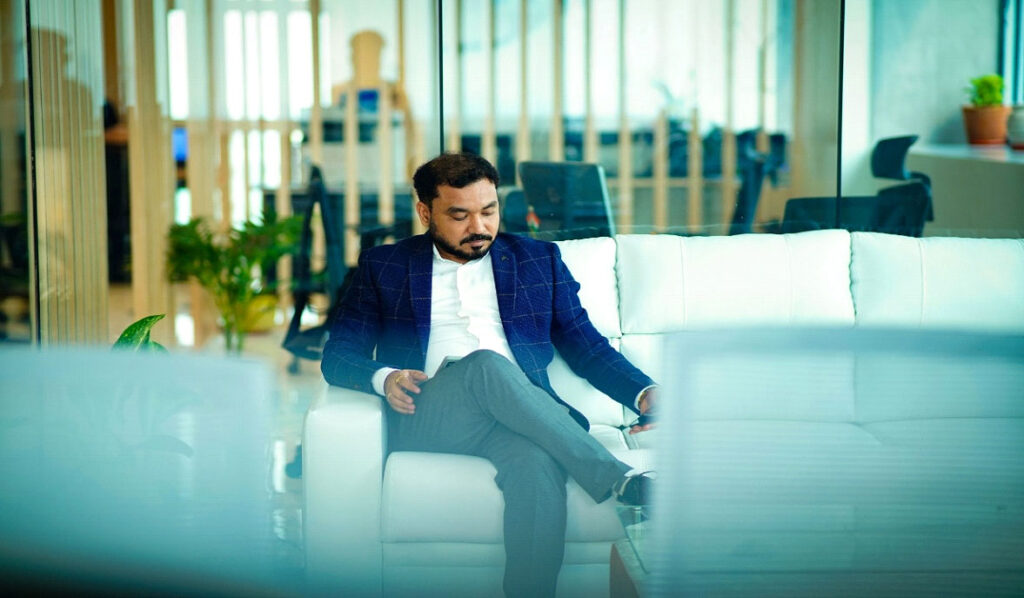 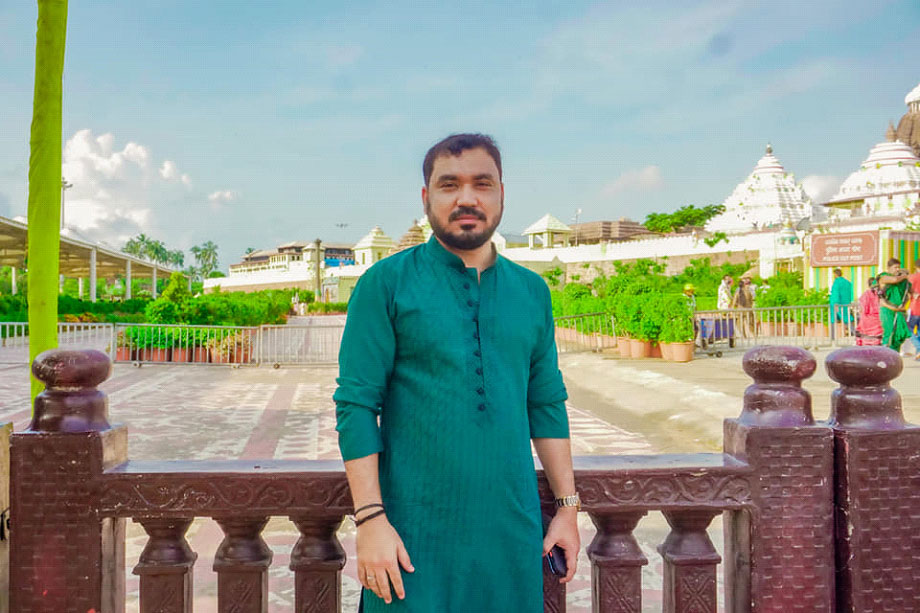 In his late teenage, he took people’s sorrows and difficulties into his own hands and guided them to the right path and fought for them without having any professional leader’s guide. He was intelligent enough to think and decide the right choice. He always used to be concerned towards Public Benefits. Helping and doing good work for the society gives him a different kind of pleasure.
In 2004, he started his career in Nabadwip by being a guide to helpless people in Ganga Action Plan, where he has played a role of an astonishing mentor to them and helped them get their compensation in the Land Acquisition matter. After executing this matter with his brilliant execution plan, he took another land matter related to the Irrigation Department where the client’s land had been converted into Drainage. One after another he has solved various matters and helped loads of people with his intelligence. After working for few years, he started working outside Nadia.

In 2007, he took a very complicated matter in Katwa, Burdwan where The Government had taken the land for Telephone Exchange in the year 1983-1984 but the land owners were deprived from getting compensation of their land. Later with the help of Advocate Rajesh Kshetry and his extraordinary and diligent hard-work, the deprived owners got their compensation after years of struggle.

After dealing a few successful cases like these, he decided to be the Best Advocate in Kolkata, as earlier he used to work as a Consultant only. Thereafter he started studying along with work. In spite of being very young, he proved himself mature with his decisions and dealt with several remarkable cases.
By 2010, Advocate Rajesh Kshetry earned appreciation from approx. 160 clients by doing the matter of Katwa Stadium and helped the clients get their compensation. In the matter of Katwa Girls College where the client was deprived of their compensation by the Government inspite of the High Court Order. The client was not getting their compensation even the District Magistrate appeared in the High Court regarding this matter and finally in 2021, finally the client got justice and received the cheque of the compensation amount after passing of so many dates.

By 2013, he acquired such a place where he started getting various types of matters at same time and achieved several valuable clients for whom he was able to be a part of remarkable judgments. Such works are water tank matter in Howrah, Mutation matters, Land Acquisition and Land Reforms etc.

Currently, he is the best in dealing with Civil, Land, Criminal, K.M.C., Tribunals, B.L.L.R.O., Arbitration, Banking matters.Also filed a few matters in the Supreme Court of India including special leave petitions and other matters. His expertise makes him the best legal advisor in Kolkata.
Born in a village, starting his career in rural areas and establishing himself in the state is a work of bravery and is very inspiring for others like him to shine as well and he is undoubtedly the Best Advocate in Kolkata. 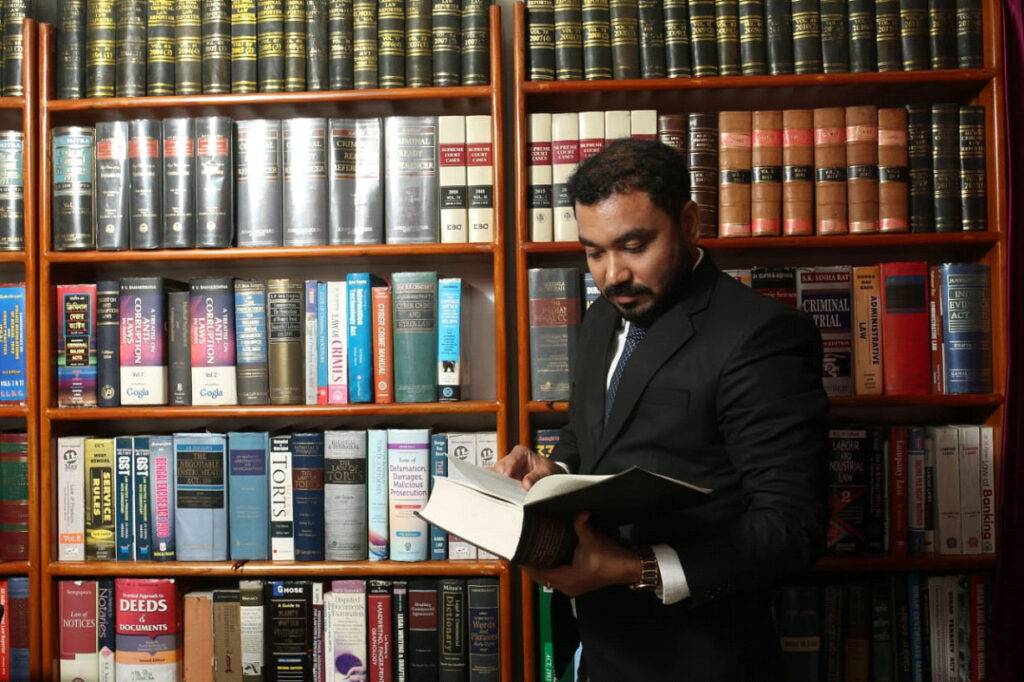 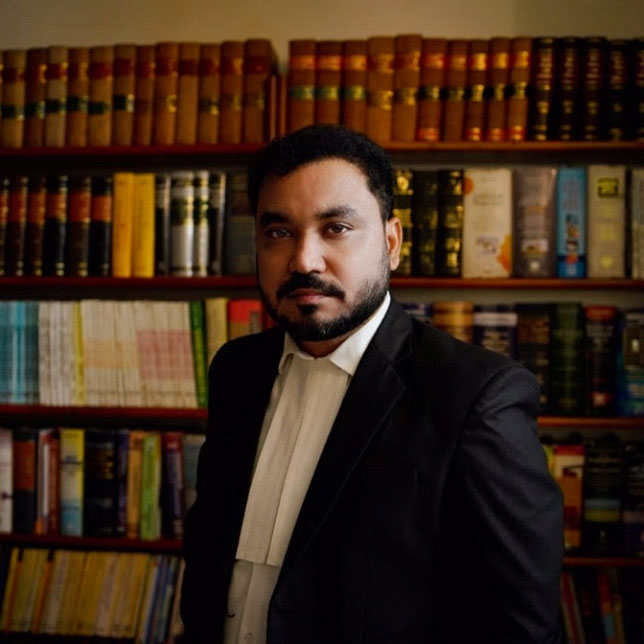 If you are accused of committing a crime, you will need the very best criminal defence attorneys in Fresno. We are especially skilled in the following practice areas: